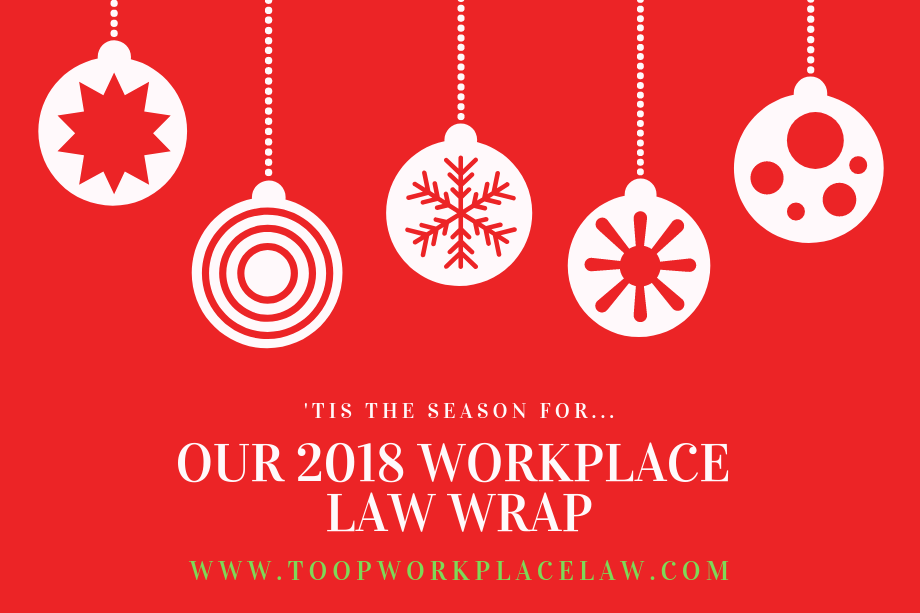 As Christmas approaches, Toop Workplace Law has put together a snapshot of 10 interesting developments in employment law this year – many of which will remain hot topics in 2019.